We can all relate to the idea of having loads of money and spending it on some amazing hardcover books.
We all dream about that one room (or a wing) of carefully decorated bookshelves, walls covered in books, reading nooks in every corner and perhaps a secret passage or two.Let’s take a peek into some of the most luxurious home libraries that are own by famous people! Some might be decorated with love, some might be there more as a display of high-end home decorating ideas, but still… Our bookworm hearts will get inspired. 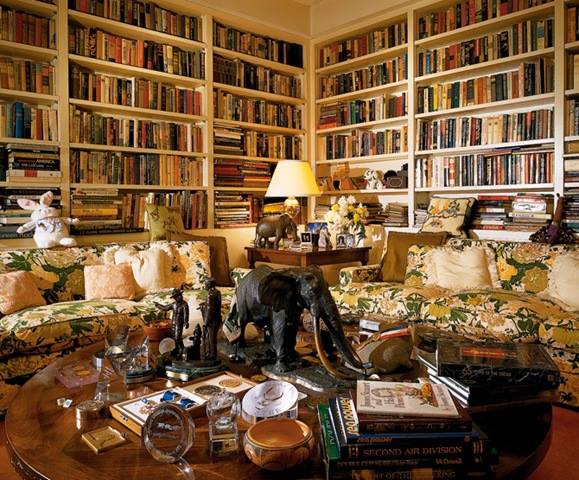 Often mistook for Rod Stewart’s library, this magnificent, warm and colourful library will always be one of our favourites. What a sight!

M. Jackson was a very controversial person during his life, but it seems his library might have been a safe haven from the public spotlight.

This amazing and creative designer library speaks volumes about it’s owner (German fashion designer), who apparently likes to, literary, surround himself with books.

The words on the walls of Diane Keaton’s (actress, director, producer and screenwriter) home library will inspire every true reader. This amazing, intimate library is a true gem of this actresses home. 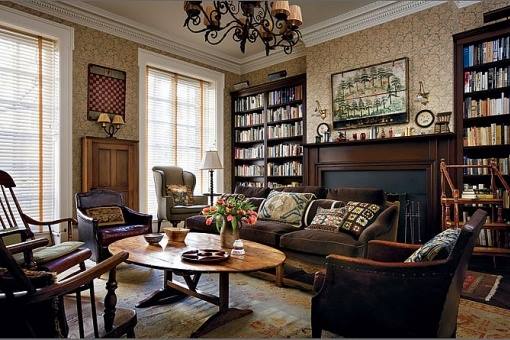 Woody Allen (actor, comedian, filmmaker) never ceases to amaze us with his bursting creativity! So it’s not surprising he also made room for books in his home, making them an essential part of his everyday world in this comfortable room.

Oprah Winfrey (American media proprietor, talk show host, actress, producer, and philanthropist) never hid her immense love for reading. This beautiful library shows a lot of care for details, with amazing decorations and gorgeous light. And even though we might have expected something different from her, in terms of taste and titles on the shelves, there is no doubt that this is one stunning home library.

Nigella Lucy Lawson is an English journalist, broadcaster, television personality, gourmet, and food writer. The diversity of her interests can only be exceeded by the richness of her work room library. 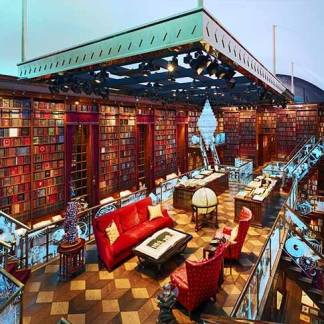 Libraries do tell a story about their owners. This one is telling a story about Jay Walker, an american inventor, who made his working space both playful and inspirational for creative work. Truly a geek’s library!

It is hard to write about a library of famous authors. Kipling’s “Jungle Book” inspired generations of readers, and to see this rich study room definitely leaves us in awe.

He was probably very impressive and intimidating. This wonderful library and study do show exactly the same things.

One thought on “Home Libraries of the Famous”