Have you ever tried to write a book?  To actually sit down with all of your thoughts and ideas and actually put pen to paper (or fingers to keys) and come out with something that makes any sort of sense or would appeal to a publisher? I admittedly have tried and failed many a time and often find that what I think would make a five volume series in fact isn’t even enough for the first chapter.

I’ve often wondered how those famous faces of the literary world did it. What inspires them? How did they think up the amazing characters that I can so vividly picture in my mind as I read and how did they dream up places like Narnia, Middle Earth or District 13? I thought I would explore this a little more closely by selecting a few of my most favorite books and seeking out the roots of their stories.

I have been lucky enough to live in Durham in the North of England for my entire life to date. Famous for its stunning Cathedral and Castle and its equally fantastic university, it’s no wonder that such an astonishing city has become the inspiration for many an author, film producer and poet.

C. S. Lewis, author of the Chronicles of Narnia, was a lecturer at both Oxford and Cambridge Universities and often gave visiting lectures at Durham. During the 1940s, he visited the city many times and wrote about its beauty to friends.

For years, Lewis had been having a recurring dream about a fawn wearing a red scarf and so, when war broke out and cities were being evacuated, he decided to put pen to paper and use this friendly fawn as one of his key characters in what would be known for years to come as ‘The Lion, The Witch and The Wardrobe’.

Many people have argued that although his characters were often thought up in dreams, Lewis walked along Durham Riverbank to the university daily from his residence and, during one particularly bad winter where the city was coated in thick snow, saw an old lamp post shining in the distance to guide his way.

It has been said by many including professors of Durham who worked with Lewis, that this shining beacon leading him through the blizzard to his lecture hall was the inspiration for the entrance to Narnia where Lucy first meets Lewis’s favorite character, Mr Tumnus the Fawn.

I find it truly amazing that something as simple as a dream and a lamp post could inspire one of the most beautiful stories ever written. 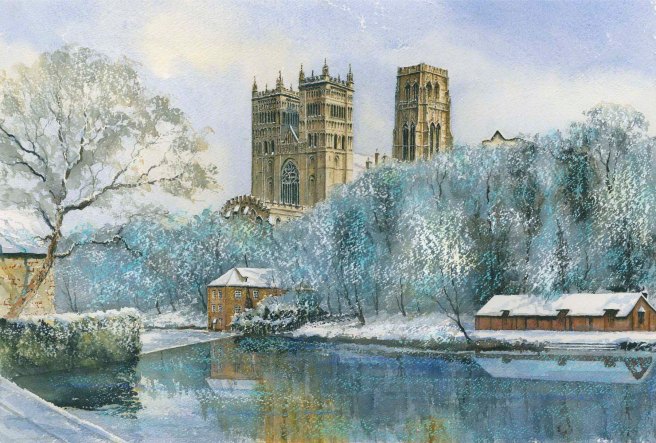 Durham Riverbank – Original Watercolour by Eric Thompson, available for print on this link

The Harry Potter books are undoubtedly my favorite books of all time. I grew up with Harry and his friends and felt that I learned so much from them, like how sometimes being slightly nerdy like Hermione is OK because you can still fight a mountain troll and help to defeat the Dark Lord.

The inspiration for the books has also been a fascination of mine; however J. K. Rowling’s actual light bulb moment came out of something quite ordinary – a delayed train.

The story goes that on her train journey from London to Manchester, she thought up the idea of travelling on a train to a magical land away from a life of misery and thus Harry James Potter was born. However, the inspiration for Lord Voldemort fascinates me even more.

Rowling wrote the books in various locations whilst living in Edinburgh, the most famous location being The Elephant Café. 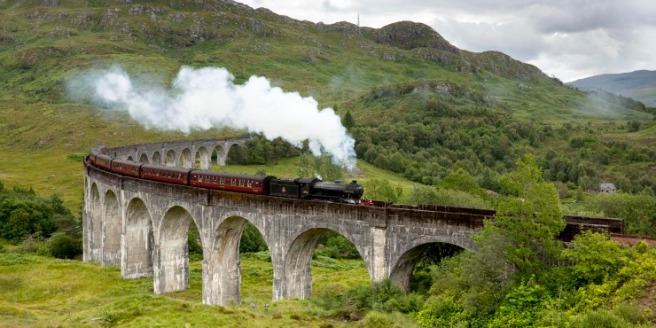 However, it was a famous graveyard by the name of Greyfriars which helped her name her villain. In the graveyard, there is a headstone dedicated to a Mr Tom Riddle and it is said to be this gravestone which inspired Lord Voldemort’s more human name of Tom Marvolo Riddle. The graveyard itself also became the inspiration for the location of Cedrick Diggory’s death and Lord Voldemort’s revival in ‘The Goblet of Fire’.

I often wonder if the original Tom Riddle would be pleased or troubled that his name was used as the root of magical evil. I suppose we will never know.

When you close your eyes and picture Gatsby, visions of his stunning home and lavish parties immediately come to mind. However the author, F. Scott Fitzgerald, came from much more humble beginnings and was certainly not born into a world of wealth and privilege.

It was not until both he and his wife moved to the French Riviera in 1924 that the inspiration for his story first struck. It has been said that the beautiful mansions on the beach, stunning cobbled streets littered with wealthy couples sipping champagne and smoking cigarettes outside quaint cafes and the vast ocean scattered with yachts made him imagine a life beyond his own and within this, the life of Jay Gatsby.

This however was not his only inspiration. Fitzgerald also experienced heart break in his life when he discovered that his wife of many years had been having an affair and many have argued since that this tragic love story echoes the tale of unrequited love between Gatsby and Daisy, his once lover who marries someone else.

Throughout his life, Fitzgerald experienced the mix of old money and new money and it was this clash that inspired his epic tale which is remembered the world over. 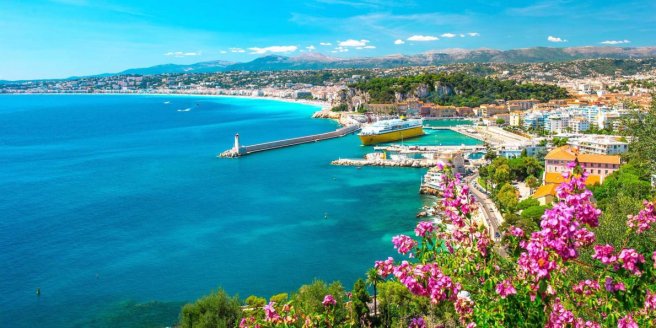 Having studied History at university and specializing in Germany during World War Two, I find historical fiction from this period both fascinating and enthralling. What is interesting about this book however is that the author, Markus Zusak, was born in Sydney and therefore his ability to describe the horrors of Germany under Nazi occupation so vividly is nothing short of impressive.

Zusak’s parents are German and Austrian and this is where his inspiration began. He recalls in several interviews that from a young age, his parents told him stories about the beautiful city of Berlin and how it became torn apart by conflict during Hitler’s regime.

They also told him stories of hope: neighbours helping each other, hiding loved ones from SS guards, sharing food and supporting each other through the hardship that every family faced whether German, Jewish or otherwise. He described it as ‘a little piece of Europe coming into our house’.

These images of the stunning Reichstag building being burnt down, the quirky cobbled streets being taken over by stone faced men in uniforms and people’s possessions and loved ones being stolen away in the night led Zusak to develop his protagonist Liesel.

This little girl, mixed up in the turmoil of war after being adopted by a Jewish family, clings to the one thing in her life that she has left when all else is crumbling around her, a book. It’s easy to see how his parent’s stories so vividly inspired Zusak to write this harrowing tale.

One of the most interesting genres of book to me is a mystery – I love not knowing what is going to happen or when. From the first few pages of Angels and Demons, I felt that excitement of the unknown and it quickly became one of my favorite books.

Although controversial, both the book and the film have been hugely successful and whether you believe its claims or not, you cannot deny that it’s a page turner. It may seem too obvious to state that Vatican City was Dan Brown’s inspiration for this book as it is largely set there, however this fact is more interesting than it appears.

Dan Brown, an avid fan of history and a regular visitor to museums and historic sites, was taking a tour in the underground tunnels of the Vatican which had once been an escape route for early Popes during enemy attack. As his crept through the dark tunnels with his fellow tourists, the tour guide explained that the most feared potential attack was from the Illuminati or “the enlightened ones”. 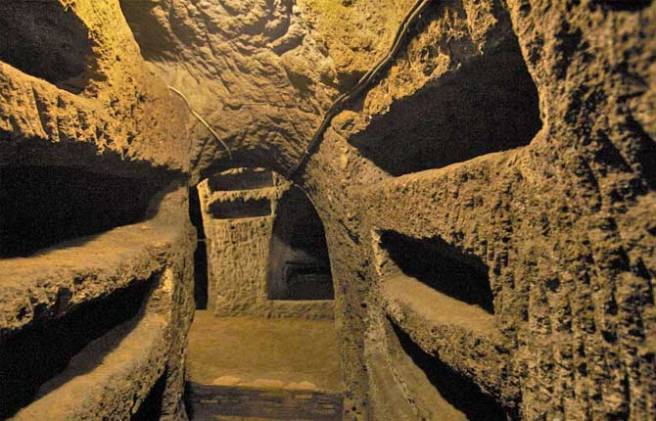 They were renowned as being a group of scientists who hated the Vatican for their supposed crimes again science and particularly for their claims regarding the creation of the world. If this tale wasn’t gripping enough, at the end of the tour the guide then left visitors on a cliff hanger by saying that many historians believe the Illuminati to still be active today.

It was this simple statement that captured Brown’s imagination and left him with the desire to find out more and so, Angels and Demons was born.  This tour apparently still runs today so if you’re even in Vatican City, it appears to be well worth a visit.

I am a 26 year old Event Coordinator in the North East of England and a total bookworm!I live in a lovely little house with my husband and my dog Missy, although my dream home is the cottage from 'The Holiday' as I love nothing more than country walks and fresh air.I love to get recommendations from others on new books and authors and want to return the favour as well as sharing my favourite books, authors, places and things to do for people who love to get lost in a new world started between crisp new pages like I do :-) View all posts by brilliantbookandlifeclub