You’re on this site because you love reading, which has been thoroughly established. But do you also love food? This post is for you. Here are five fabulous books of cookery based on actual books. Like a heavenly mix of all that is good in this world, including chocolate.

1. We’ll start out with one of the best: Roald Dahl’s Revolting Recipes by Felicity Dahl, recipes by Josie Fison. 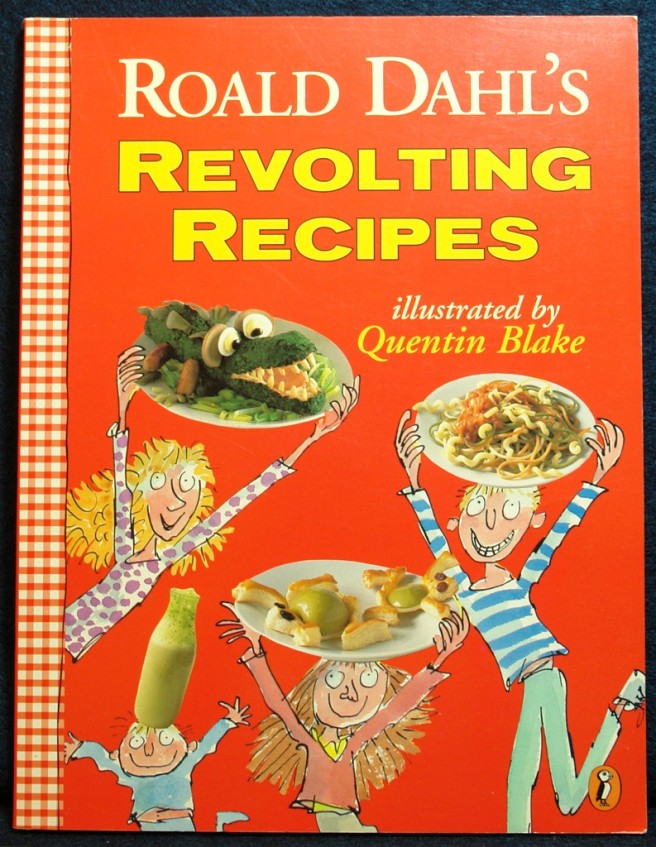 There are plenty of recipes from Charlie and the Chocolate Factory of course (lickable wallpaper!) but you’ll also find the Snozzcumbers and Frobscottle from The BFG, bird pie and Mr. Twit’s beard food from The Twits, Bogtrotter’s chocolate cake from Matilda, and even mosquito’s toes and wampfish roes most delicately fried from the Centipede’s rhyme in James and the Giant Peach (don’t worry, they’re toast with butter and sesame seeds). The recipes range from labor-intensive to simple and are a lot of fun.

2. The delicious silliness continues with Green Eggs and Ham Cookbook by Georgeann Brennan. 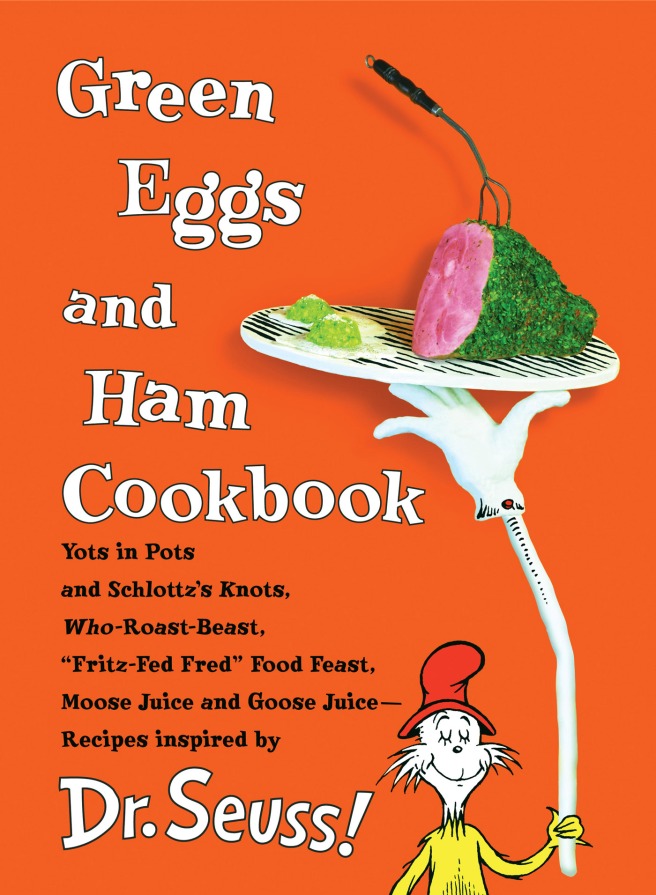 The recipes run the range of Dr. Seuss books, with plenty to chose from. A surprising amount of his rhymes are all about food! Green Eggs and Ham make an appearance, but you’ll find other recipes like Schlopp from Oh, the Thinks You Can Think, tub cake from The Cat in the Hat, pink yink ink drink from One Fish Two Fish Red Fish Blue Fish, nice lime ice from I Can Read With My Eyes Shut, even who-pudding and who-roast-beast from How the Grinch Stole Christmas. The recipes are generally on the simple side and meant to be made with children, although one or two take more intensive work.

My favorite from this gem of a book; Barbaloot’s truffula fruits from The Lorax (strawberries dipped in yogurt.)

3. Readers who have salivated over the sumptuous feasts that feature in Brian Jacques’s books will be delighted to find The Redwall Cookbook.

His animal adventure books are legendary for the descriptions of epic feasts. Each book (there are 22 in the series) contains spectacularly detailed food. If you’ve never read them I’d suggest starting with Redwall, Mattimeo, Mossflower or Mariel of Redwall.

With sections divided into the seasons of the year, the recipes are generally simple and easy to make. Some of the recipes featured include Mole’s favorite turnip and tater Deeper N’ Ever Pie, Abbot’s trifle, stuffed springtide mushrooms, Churchmouse cherry crisp, Nunnymolers, and rhubarb crumble pudding.

The animals who are the main characters in the books are, of course, vegetarian so you’ll find yourself sneaking delicious vegetables into your young bookworm’s life and they will actually like them!

4. Not all of the cookbooks are derived from children’s books. One for all bookworms who love Jane Austen, Dinner with Mr. Darcy, contains food inspired by Austen’s novels and was written by Pen Volger. 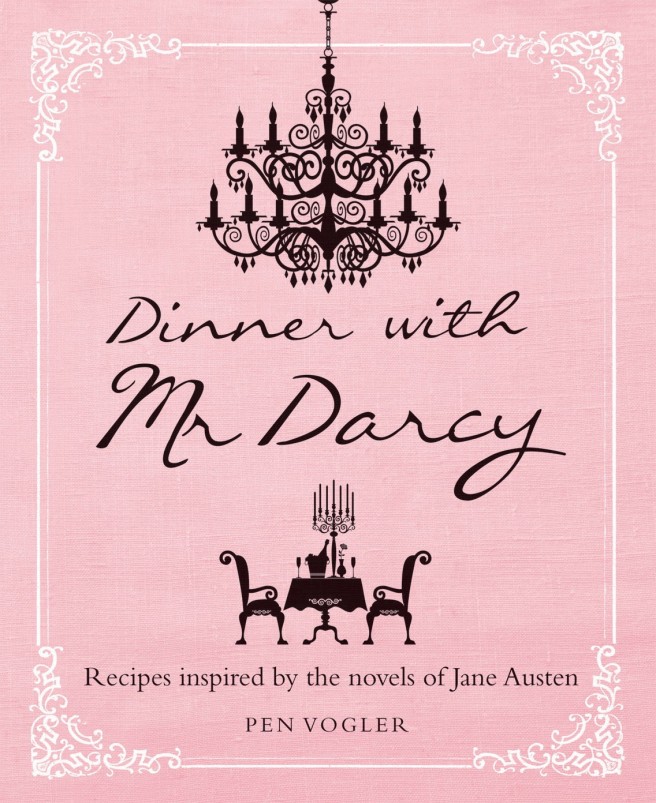 The authentic Georgian period recipes are sprinkled with facts and fun trivia about cooking, meals, and manners from the period that play a part in the novels. They have been modernized, although each one includes a copy of the original 1700s recipe to marvel at. Some are on the labor intensive side, just to warn you.

Inside you’ll find recipes for Syllabubs (basically white wine cream) herb pie, the strawberry tarts Aunt Norris has a fit about in Mansfield Park, the fancy white soup Mr. Bingley offers his guests and the pork Mrs. Bennet serves in Pride and Prejudice, Sally Lunn cakes from Bath that feature in Persuasion, and supper recipes from Mr. Woodhouse in Emma.

My favorite recipe from the book; the strawberry tarts.

5. And last but not least, The Book Lover’s Cookbook by Shaunda Wenger and Janet Jenson.

The entire thing is based on passages or quotes from books, which are included next to the recipes they inspired. Sometimes the author contributed the recipe, like Isabel Allende’s recipe for rice pudding. Others the authors created based on a certain passage from a book, like a liniment cake Anne of Green Gables makes by mistake (without the liniment) from Lucy Maud Montgomery’s classic.

There are dozens of recipes and a corresponding amount of book excerpts, sure to keep even the hungriest reader happy for quite a while.

My favorite recipe from the book; the Sober Shepherd’s Pie that Bridget Jones makes, from Helen Fielding’s novel.

3 thoughts on “Books That Cook”