We live in the golden age of film and TV book adaptations. Books previously deemed ‘unfilmable’ are more and more being successfully filmed. The previous year(s) have been amazing and we have truly seen some incredible adaptations. The Arrival, The Girl With All the Gifts, A Series of Unfortunate Events and Game of Thrones are just some of the few, very successful, recent adaptations.

This year and the next also look promising. Bookworms have a lot to be excited about: American Gods premieres in April, produced by Bryan Fuller, who made Pushing Daisies, one of my favorite TV shows ever, we’re getting Ready Player One, directed by Spielberg, which pushes all kinds of nostalgic buttons.

Alex Garland, the guy who made Never Let Me Go into a movie and wrote and directed the brilliant Ex Machina is turning Jeff VanDermeer’s Southern Reach trilogy into one movie (for a change) and judging by the set photos, Annihilation is going to be gorgeous, and Margaret Atwood’s Handmaid’s Tale series is coming, not a moment too soon.

And, of course, there are those that have been announced since… forever; the rights have been sold and they are either waiting for the right time, or they are probably stuck in pre-production hell. 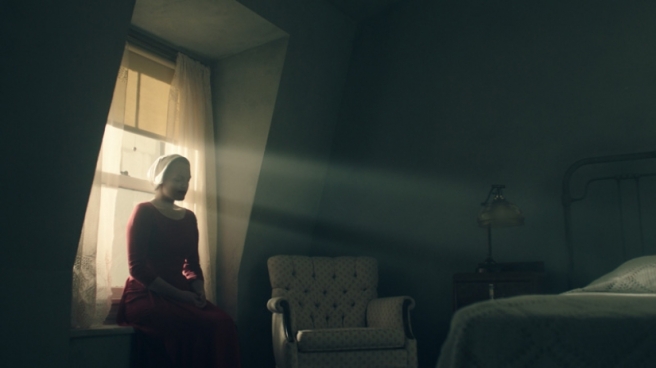 Some of these include: Erin Morgenstern’s Night Circus (rights sold), Neil Gaiman’s Sandman (linked to Joseph Gordon Lewitt who abandoned the project), The Watch series, an adaptation of Terry Pratchett’s novels (that flickered for a day and then got lost in the depths of the internet), and Neuromancer, one of those that, if it ever gets filmed, will be either brilliant or a total disaster.

But what about those that have been only announced but the odds look promising? For example, the cast has been chosen, the script is being written, and there is a pretty good chance it is actually going to happen? There are quite a few of these, some more probable than others, but still the ones I am really, very, extremely excited about.

The Man Who Killed Don Quixote

I have to be honest. I don’t like Don Quixote. But when I heard Terry Gilliam was in charge of making a Don Quixote film, I was a little excited. The movie was stuck in the aforementioned pre-production hell but a couple of days ago it was announced the filming has officially begun. The synopsis sounds so bonkers I cannot wait!

Dune is one of those books to movie Holy Grails that eluded directors for years. In 1975 there was an attempt to make a colossal, 10-hour-long feature directed by Alejandro Jodorowsky. The people involved were incredible: H R Giger, Salvador Dali, and Orson Welles, just to name a few. Everything fell apart bit by bit, and the movie was never made, but a documentary about the feat was.

Then came Lynch and made everyone super angry with his adaptation and, after that, came the TV show in 2000.  And then there was Denis Villeneuve. Yes, The Arrival guy is officially in charge of one of the most beloved SF series that he is going to make into a movie series. It has only been one of the most anticipated adaptations after so many disappointments. No pressure, Mr. Villeneuve. Just keep doing what you’re doing.

Guillermo del Toro, the director of the brilliant Pan’s Labyrinth, hasn’t had much luck with getting his movies off the ground. His Holy Grail was H. P. Lovecraft’s At the Mountains of Madness.

Del Toro insisted on an R rating, had a humongous budget and had the cast and the concept art locked and loaded. Unfortunately, this was a pre-Deadpool era, and R-rated films with that kind of budget were too risky, so it was shot down pretty quickly. But one adaptation looks very promising and that is the stop-motion adaptation of Pinocchio.

Rumor has it, Spielberg declined the offer to direct, recommending del Toro as someone who is more suitable to direct something slightly darker than the Disney version we all remember. Anyway, del Toro is assembling his writers and getting his ducks in a row, and we are keeping our fingers crossed… and for The Mountains as well.

Stephen King’s books have been made into successful and brilliant films. The Shawshank Redemption, The Green Mile and The Mist are wonderful, heartbreaking and they stayed true to the original. It is being remade, and The Dark Tower movie has finally left the limbo and shooting is underway.

But did you know the ‘unfilmable’ Gerald’s Game is also being made into a film? The book takes place mostly in one room and has just one character. I don’t want to spoil too much, but if you want to be spoiled, here’s an article. This one will be very interesting to see if it ever gets filmed.

This year A Monster Calls hit the theaters and broke our hearts all over again. Patrick Ness’ brilliant novel was made into an equally brilliant film. This book destroyed me, and I mean that in the best possible way.

Mr. Ness’ Chaos Walking series has been slowly, but surly filling its cast and we can expect the film very, very soon. Tom Holland (Spiderman) and Daisy Ridley (Star Wars) are rumored to star and Doug Liman is going to direct (if you haven’t seen The Edge of Tomorrow which he directed or read All You Need is Kill that it was based on, I highly recommend both).

The series is set in a world where people hear each other’s thoughts and what happens when a young man stumbles onto a place where there’s complete silence.

Neil Gaiman needs no introduction. His Stardust and Coraline have already been turned into films, American Gods are right around the corner, How to Talk to Girls at Parties has been completed and now the beloved Good Omens has been picked up by Amazon.

Good Omens was written by Gaiman and Terry Pratchett and it is safe to say it is the most beloved novel for fans of both of them. The short synopsis: it’s about the end of the world. Neil Gaiman wrote the script himself, and I for one am anxious to see the cast. But please, make this happen.

And finally, Rant. We all remember Chuck Palahniuk’s Fight Club and how both the movie and the book blew our minds. Well, if you thought Fight Club was weird, you haven’t read Rant. It’s one of those books you’ll finish and immediately want to reread. I know, I’m

It’s one of those books you’ll finish and immediately want to reread. I know, I’m annoyed with all this secret stuff, but trust me, you don’t want me to tell you anything about it. If you love Palahniuk’s writing, you’ll love this book.

James Franco wants to direct and the script is being written as we speak. It’s taking a while, and of all the films on this list, this one is least likely to happen. If it does… Hold on to your hats.

So… what did I miss?