As bookworms, we hear and probably say the phrase “it was OK but it was nothing like the book” constantly. Regularly films are released that are exciting, exhilarating and entertaining but are nothing like their paperback counterparts.

This is especially true of Disney films. Now don’t get me wrong, I myself like so many others am a huge Disney fan. However, it cannot escape anyone’s notice when comparing the original novels with the film adaptations that there have been some significant plot changes. Here are just a few…

We all know the story of Cinderella: the beautiful girl who loses her father and is left with her wicked step-mother and sisters who treat her with nothing short of hatred until she goes to a ball and meets a prince with some minor complications in-between. And let’s not forget those fabulous shoes!

However, the original novel tells us a much more gruesome tale. In the Brothers Grimm tale, one of the evil step-sisters cuts off her toes to fit her foot into the glass slipper, while the other slices off her heel. The sisters then realise after the shoe fits Cinderella, that she is going to become a Queen and it may be best to get her on her side.

Still, while attending her wedding to the Prince, their finally get their just desserts when birds peck out their eyes! Not quite the tale that Disney told with cute mice, a beautiful gown and a happy ending.

Rudyard Kipling’s stunning story of ‘The Jungle Book’ has been a favourite of many children and adults for many years and the Disney adaption, Walt Disney’s final movie, has been just as popular.

However, upon digging deeper the first major difference is that King Louie, many people’s favourite character, wasn’t in the book at all. The ‘I wanna be like you’ singer is nowhere to be seen in Kipling’s work which would be a big miss to modern audiences who enjoy his cheeky demeanour.

Another interesting change is that Kaa the python causes Mowgli no end of problems in the Disney version, however in the book he is actually Mowgli’s most trusted companion and actually saves his life on more than one occasion. The final difference is how different Shere Khan is between the two versions.

As with most Disney films, there needed to be a clear good guy and a villain, therefore, Mowgli is presented as the good character who needs help and that we should like as an audience and Shere Khan is the testosterone fuelled evil Tiger who Mowgli eventually stands up to showing that good conquers all.

Not quite the tale told in Kipling’s version where Shere Khan has a lame foot, is trapped by Mowgli, trampled to death by a stampede and then skinned. Quite the traumatic tale. 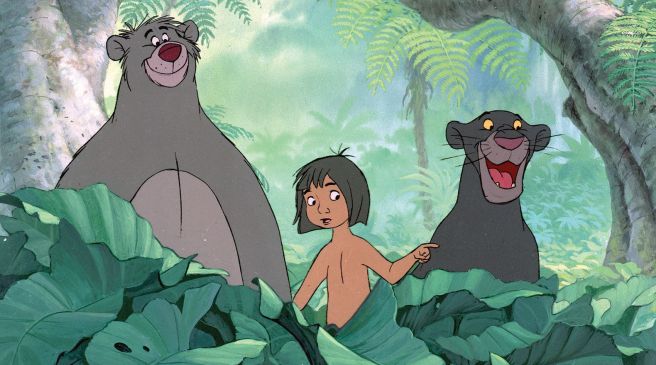 Mermaids are always an area of confusion and mystery. To some, they are delightful women wearing shell bras that float around in the sea. To others, they are evil demons who entice sailors to rocks with the hope of shipwrecking them. In the Disney version, Ariel is a sweet young girl who wants to explore the human world.

In the Hans Christian Anderson version, Ariel is just as inquisitive however her potential fate is much more serious. Ursula gives Ariel legs in exchange for her voice and in the Disney version, she will remain human if Eric kisses her and if not she will live beneath the waves as a mermaid once again.

In the novel, Ariel won’t just lose her voice if she fails, she will die! The Disney version of the tale (pardon the pun) also leaves out the fact that while Ariel is human; every step that she takes feels like she is walking on sharp glass.

Finally, when Eric accidently marries someone else, Ariel throws herself back into the sea but because she neither failed nor succeeded she is left as sea foam in purgatory forever where she must do good deeds in the hope that one day she might earn back her soul and body. Happily ever after? I think not!

At times I’m sure that we have all dreamed of being Alice: falling down a rabbit hole into a magical land and escaping your crazy family above. Although this may be true, we might prefer one version to the other.

In the novel, Alice stumbles across the Mad Hatter who is having an un-birthday party so they can celebrate every day rather than just one and so every day is a cause to celebrate.

In the book, the Mad Hatter is doomed to have a never-ending tea party as he has had an argument with time and so is constantly stuck in the present and can never move forward or age despite others ageing around him. We also meet the cheeky Cheshire Cat in both versions. In the Disney adaptation, only Alice can see the cat and he switches between helping her and frustrating her.

However, in the Lewis Carroll version the Cheshire Cat is hiding (hence the invisibility) as he is up for execution due to committing high treason against the Queen of Hearts. Is this why his smile is so over exaggerated? Could he be hiding his fear of the Queen?

This then leads us on to the infamous Queen of Hearts herself who is portrayed as being mean is the Disney version and at times slightly irrational however in the book she is much crazier! In fact, the croquet match which is the climax of both the film and book results in a total bloodbath with most of the participants being killed by decapitation. Carroll gave a whole new meaning to the phrase “off with their heads!”

I am a 26 year old Event Coordinator in the North East of England and a total bookworm!I live in a lovely little house with my husband and my dog Missy, although my dream home is the cottage from 'The Holiday' as I love nothing more than country walks and fresh air.I love to get recommendations from others on new books and authors and want to return the favour as well as sharing my favourite books, authors, places and things to do for people who love to get lost in a new world started between crisp new pages like I do :-) View all posts by brilliantbookandlifeclub

One thought on “Dreaming of Disney: The Stories Behind the Fairytales”