Are children’s books too simple for adults? The shallow end of the literature pool? Not challenging enough? Are kids books . . . just for kids? No.

The themes tackled in books for children may not be as heavy as say, literary fiction, but they are worthwhile reads. Some on this list are classics, beloved by generations. A few are slightly creepy. One or two are full of sweetness and happy endings. And all of them are recommended reads for any age. It doesn’t have to be full of weighty adult matters to be an entertaining story. Get out there and read fearlessly.

We’re going into this with the assumption that you have already read the Harry Potter series by J.K. Rowling. If not, go read them and then come back here to add to your TBR pile. And note these are all chapter books, not picture books. A picture book list would be much, much longer because there are so many works of art out there that adults can love.

1. Coraline or  The Graveyard Book by Neil Gaiman 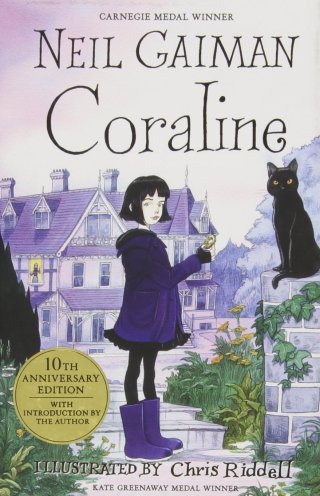 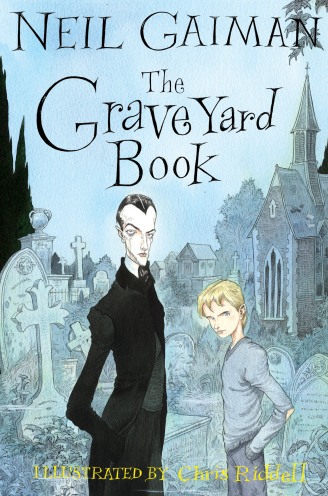 “But there’s another mother there and another father, and they want her to stay and be their little girl.” – Coraline. A story tinged with creepy about why you might not want to get what you wish for.

“Nobody Owens is an unusual boy who inhabits an unusual place-he’s the only living resident of a graveyard.” – The Graveyard Book (It was also released in a graphic novel adaptation in 2015 for you art lovers). A tale of magic and murder, fitting in and finding your family in the strangest of places.

Get Coraline here.
Get The Graveyard Book here.

2. Anything by Diana Wynne Jones, but particularly her Chrestomanci series 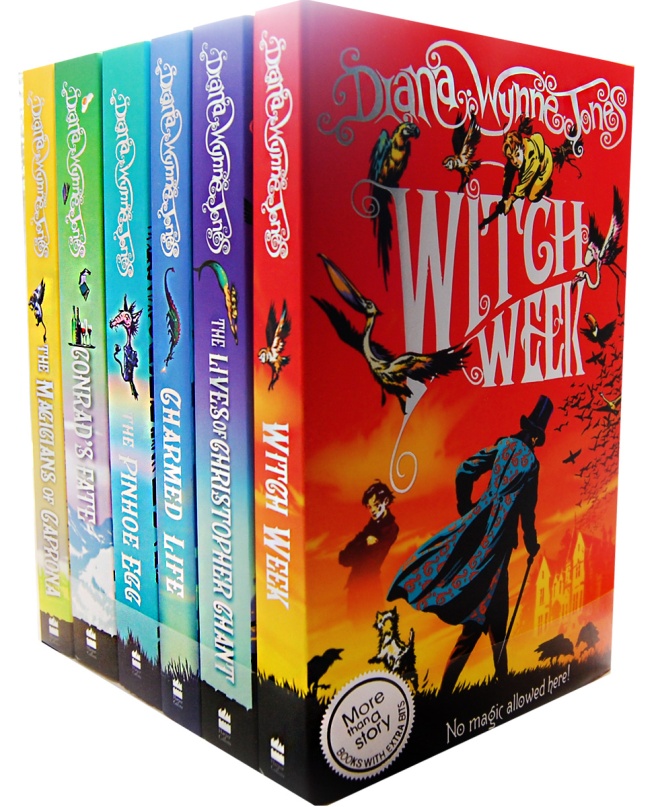 “In the multiple parallel universes of the Twelve Related Worlds, only an enchanter with nine lives is powerful enough to control the rampant misuse of magic and to hold the title Chresomanci.”

Get the Chrestomanci series here.

3. The Chronicles of Narnia by C.S. Lewis 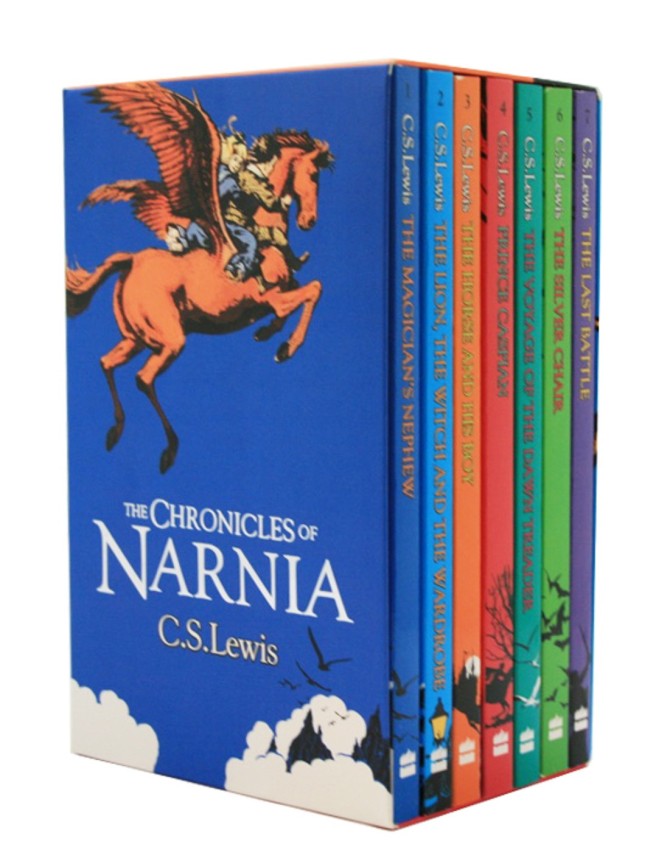 “Four adventurous siblings – Peter, Susan, Edmund, and Lucy Pevensie-step through a wardrobe door and into the land of Narnia, a land frozen in eternal winter and enslaved by the power of the White Witch.”

Seven classic books full of hope and the triumph of good over evil.

4. The Wind in the Willows by Kenneth Grahame 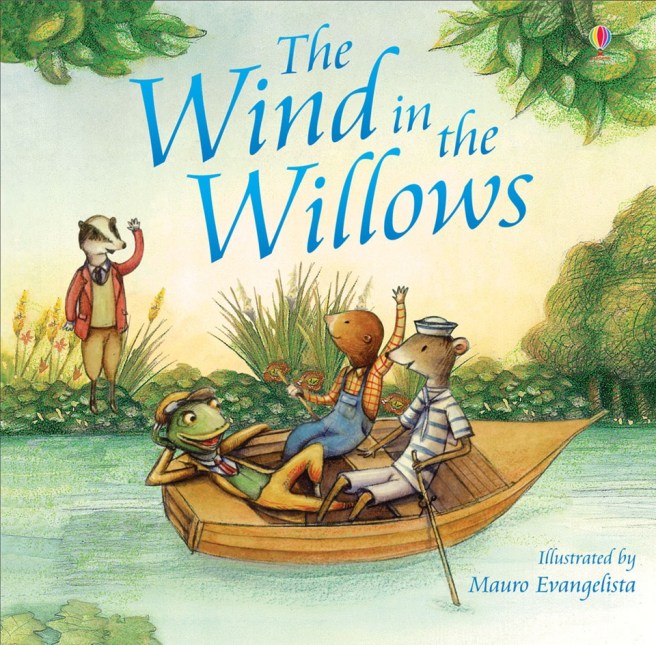 “There are high jinks on the open road with that reckless ruffian, Mr Toad of Toad Hall. Ratty, Mole, Badger and Toad become the firmest of friends.”

What else do you need besides reckless ruffians and high jinks to convince you this is a fantastic book? 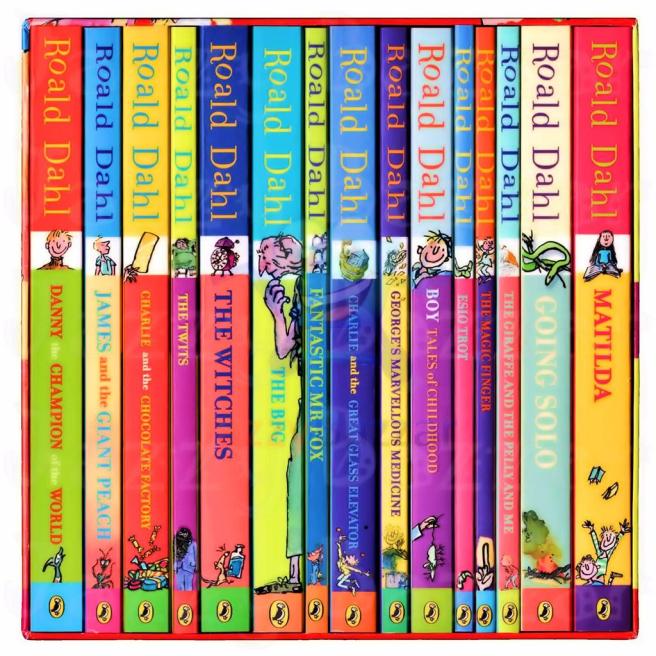 In these books, you’ll find witches who love to kill children, abusive Aunts, punishments for bad parents and principals, near-death consequences for spoiled children in a chocolate factory, giant bugs in a flying peach, and other stories full of mayhem.

Why anyone thought his work was for children in the first place is beyond me. Recommended to start with; Matilda or Charlie and the Chocolate Factory.

6. A Wrinkle in Time by Madeline L’Engle 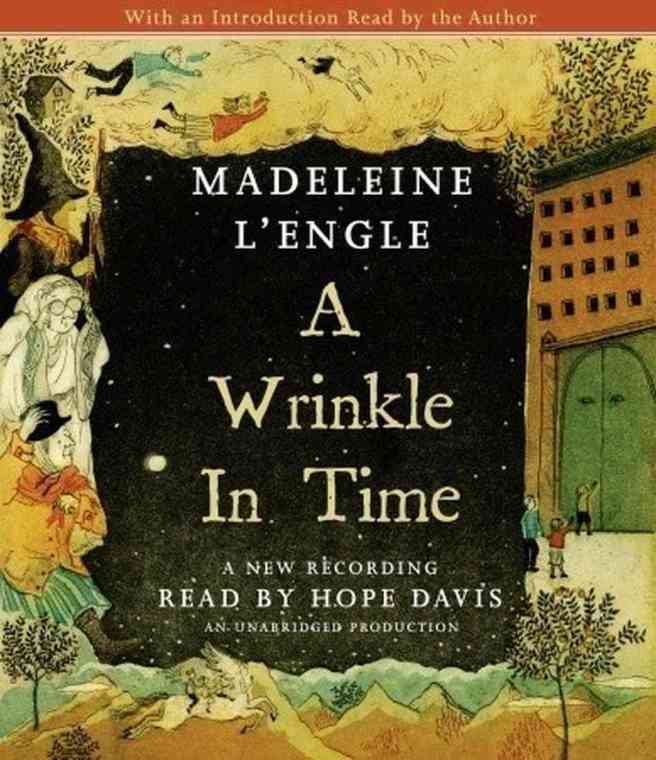 “A tesseract (in case the reader doesn’t know) is a wrinkle in time. To tell more would rob the reader of enjoyment . . . “

Fans of Doctor Who will like the space and time adventure of this classic.

Get the Wrinkle in Time box set here.

7. The Tale of Despereaux: Being the Story of a Mouse, a Princess, Some Soup, and a Spool of Thread 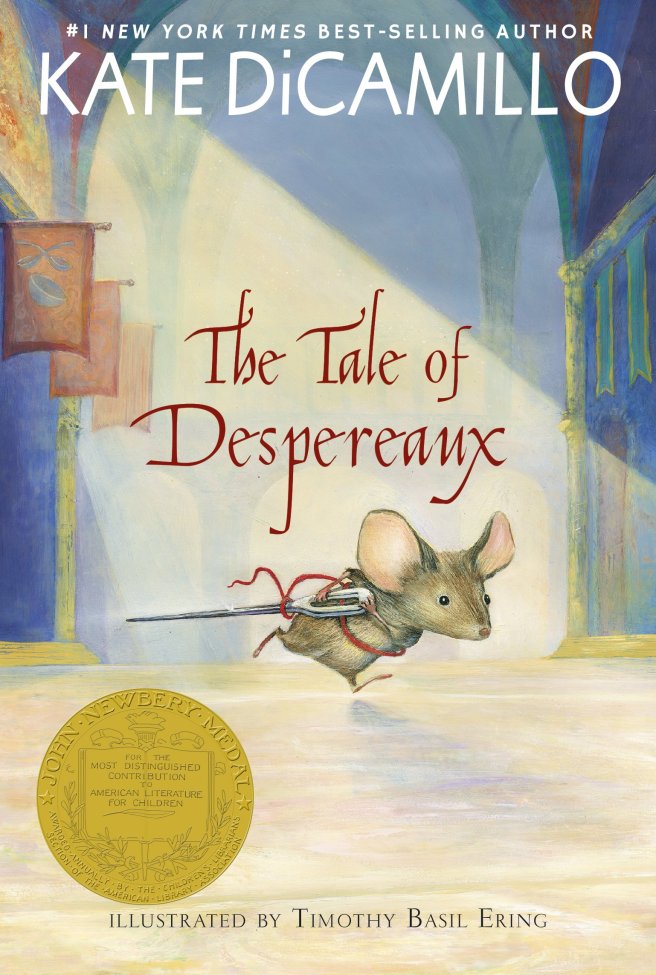 “Welcome to the story of Despereaux Tilling, a mouse who is in love with music, stories, and a Princess named Pea.”

Told with sweet, poetic language, this one is actually full of the most heartbreak. 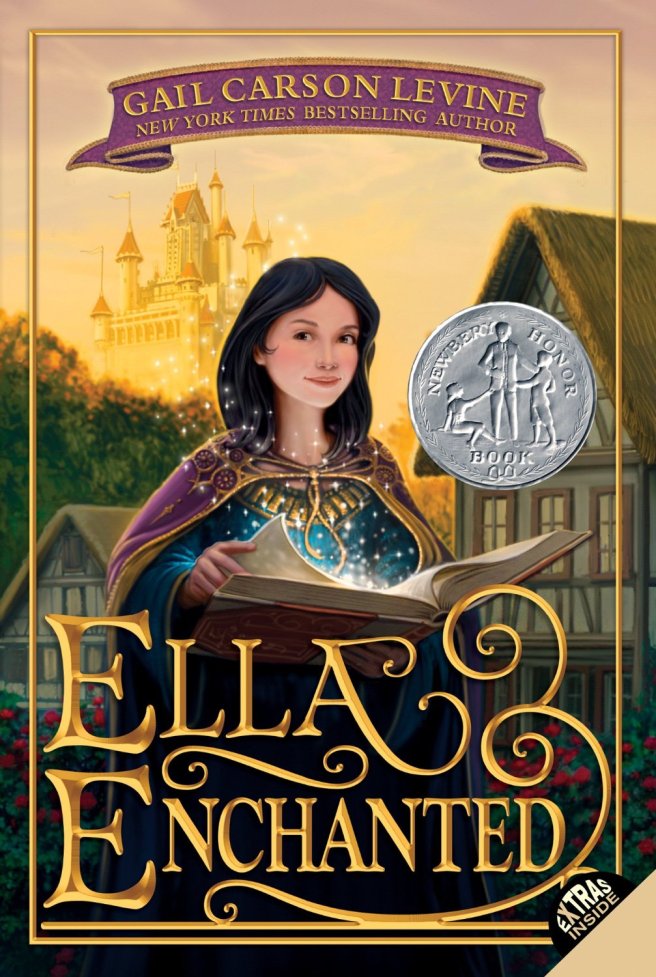 “At her birth, Ella of Frell receives a foolish fairy’s gift-the “gift” of obedience . . . but strong-willed Ella does not accept her fate.”

Writing the ‘girl saves herself without a handsome prince’ plot before it was cool.

9. The Wind Singer by William Nicholson 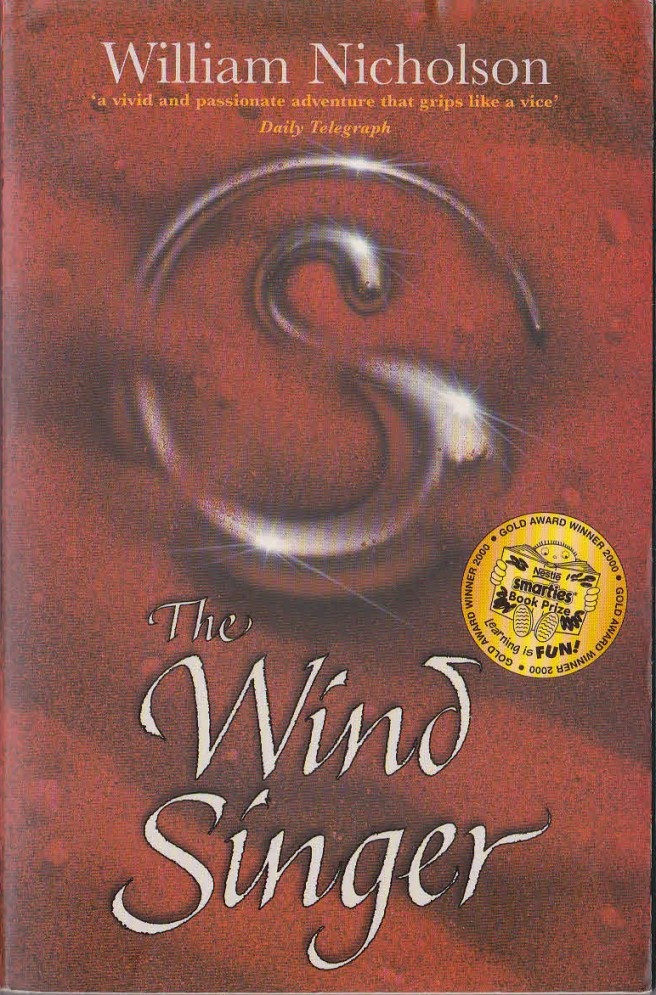 “With nothing left to lose, Kestrel and her twin brother Bowman do the unthinkable; they leave the city walls.”

A cleverly disguised story about the creeping evil of conformity and what happens when good people stand by and do nothing. 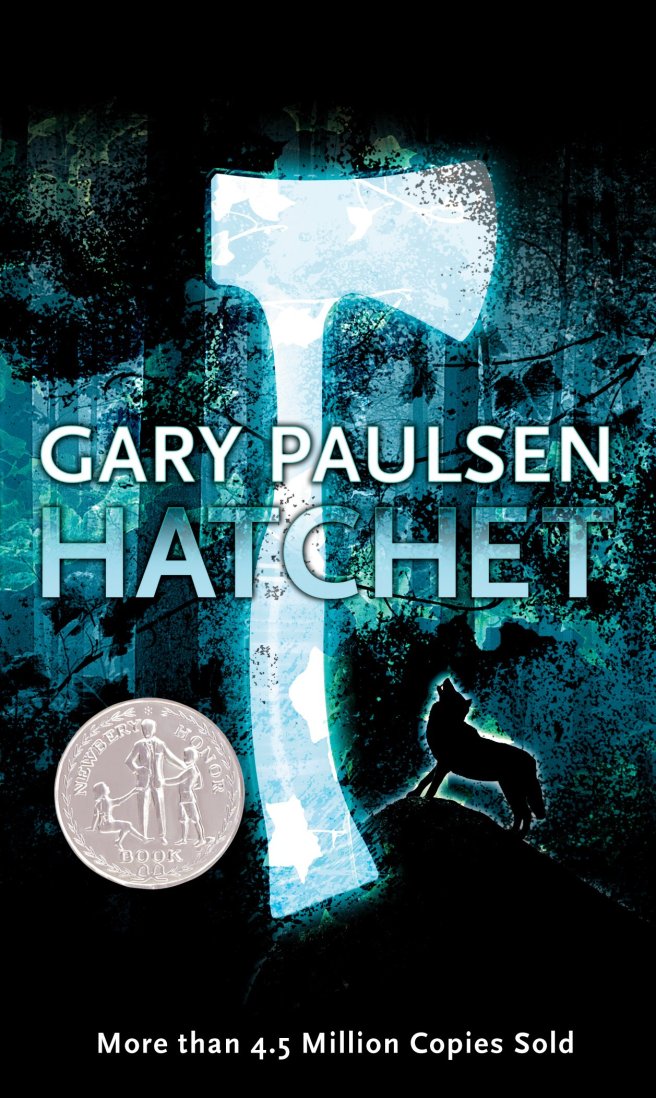 “Thirteen-year-old Brian Robeson is on his way to visit his father when the single-engine plane in which he is flying crashes . . . Brian has no time for anger, self-pity or despair it will take all of his know-how and determination, and more courage than he knew he possessed, to survive.”

If you can make it through the first five pages and still put the book down you are made of strong stuff. 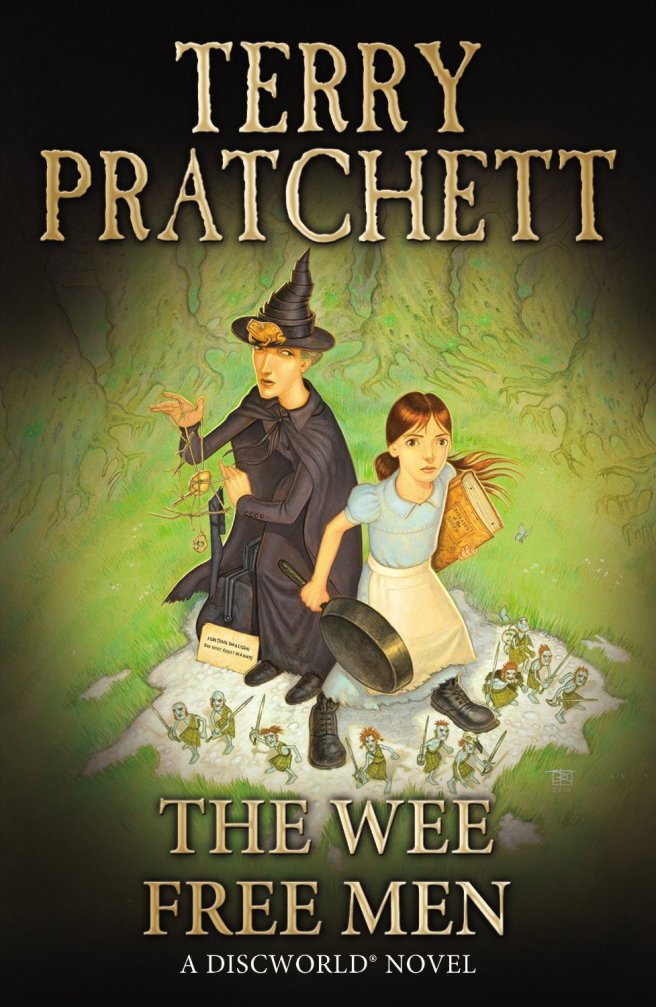 “Armed with only a frying pan and her common sense, young witch-to-be Tiffany Aching must defend her home against the monsters of Fairyland.”

The funniest book on the list, and a story about the strength to be found in clear thinking. 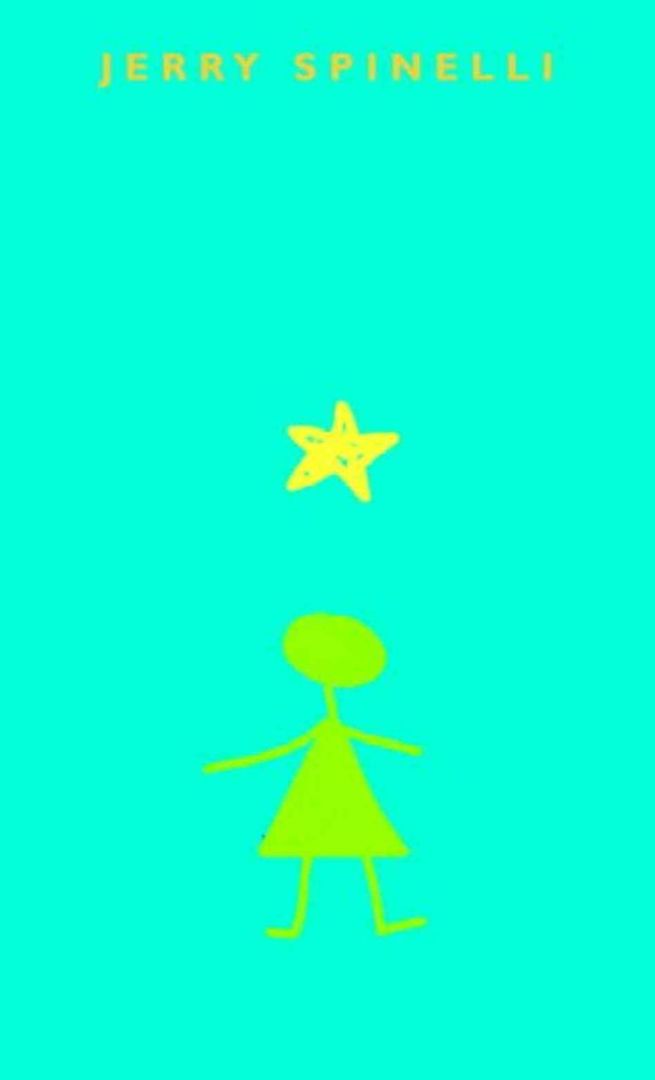 “The students of Mica High are enchanted. At first. Then they turn on her. Stargirl is suddenly shunned for everything that makes her different, and Leo, panicked and desperate with love, urges her to become the very thing that can destroy her: normal.”

A bold celebration of everything different.

13. The Arrival by Shaun Tan 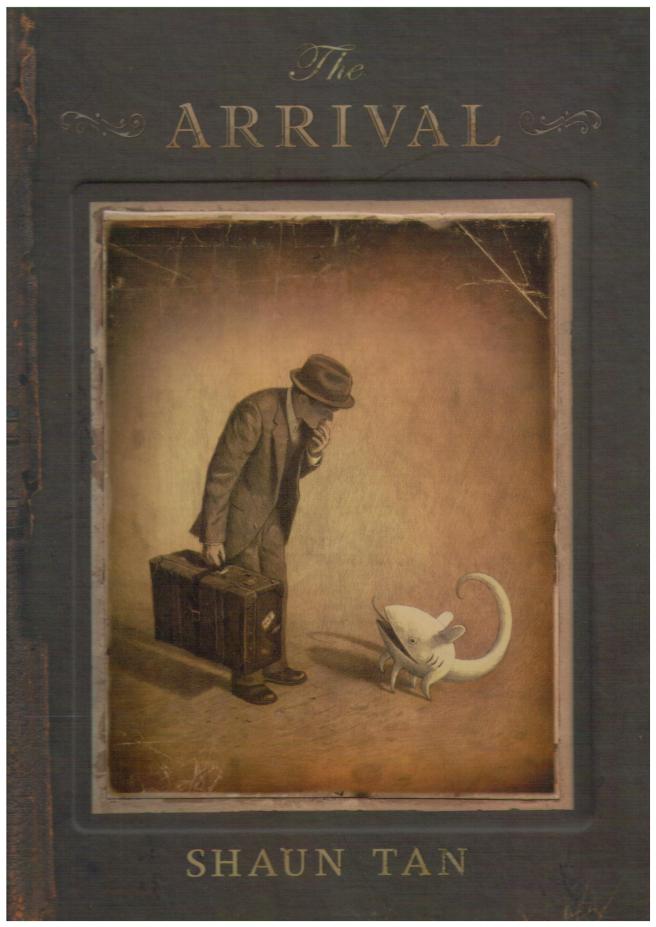 A graphic novel but not a comic, a documentary disguised as a picture book, the words of a tale told mostly through pictures that can be understood in any language. It’s a format you haven’t seen before, telling the story of an immigrant’s arrival to a new city. 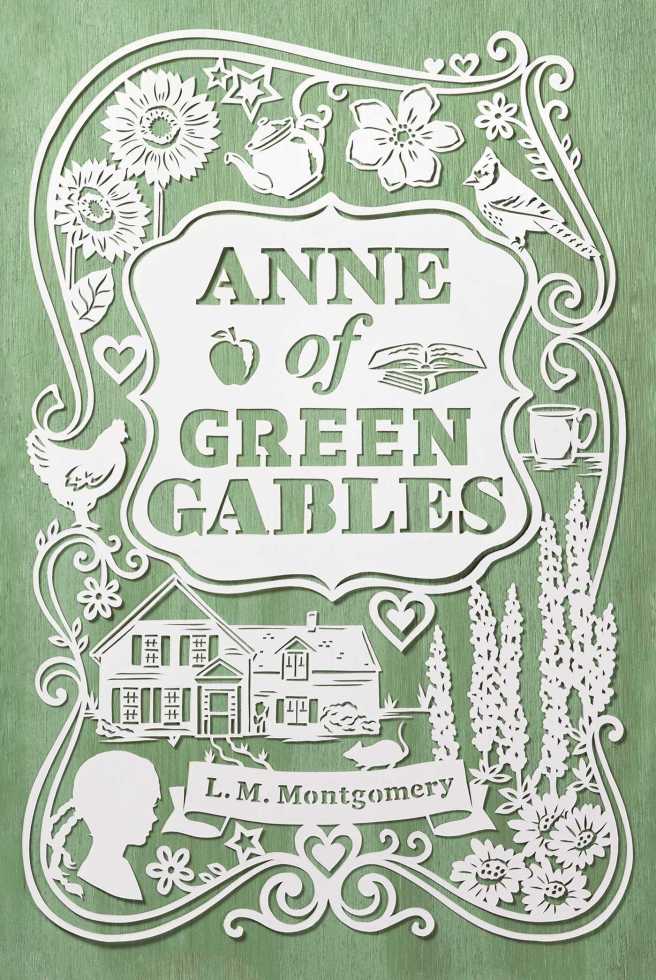 “When red-headed orphan Anne arrives at the Cuthbert’s home, Green Gables, she feels sure she’s found the home she has longed for. They, however, are less certain . . . “

You didn’t think we’d forget to put Anne on this list, did you?

In the interest of keeping this post short, there are many books we couldn’t add. What children’s books are your favorites to read as an adult? Which would you add to the list? Leave them in the comments.