Fall… We love fall. Leaves change colors, nature becomes heavy with fruits of its own yearlong labor, everything is pumpkin flavored, and hot tea is in fashion again.

Not to mention all those cardigans, pullovers, lovely socks and fluffy cats that are once again more than happy to snuggle next to us under a soft cover. There was never a more perfect season for reading than fall!

Would be a shame to skip it because we don’t know what to read. So let us help you with this listicle! 🙂

Liz and Jane are good daughters. They’ve come home to suburban Cincinnati to get their mother to stop feeding their father steak as he recovers from heart surgery, to tidy up the crumbling Tudor-style family home, and to wrench their three sisters from their various states of arrested development.
Once they are under the same roof, old patterns return fast. Soon enough they are being berated for their single status, their only respite the early morning runs they escape on together. For two successful women in their late thirties, it really is too much to bear. That is until the Lucas family’s BBQ throws them in the way of some eligible single men…

A good retelling of a monumental book is hard to find. Still, this retelling of the grand “Pride and Prejudice” by Jane Austen has its moments of glory!

This version of the Bennet family—and Mr. Darcy—is one that you have and haven’t met before! The writing is cute and humorous! Sittenfeld uses the best mannerisms of Austen to bring the parody and the intrigue of the original to the modern setting of Cincinnati.

it’s a perfect read if you are looking for something sweet and light just a bit over the top!

“Are you happy with your life?” Those are the last words Jason Dessen hears before the masked abductor knocks him unconscious.

What follows is a sci-fi rollercoaster of a story is one of the most intriguing books I’ve read in the past year. It is deeply engaging and emotional even if the plot is a bit outlandish. Perfect to set aside for an outlandishly rainy day, I guess!

I also have to mention that the current price on Amazon Kindle Store is pretty spectacular – only $3.36 – and you can get it here!

In Tibetan Peach Pie, Robbins turns that unparalleled literary sensibility inward, stitching together stories of his unconventional life, from his Appalachian childhood to his globetrotting adventures —told in his unique voice that combines the sweet and sly, the spiritual and earthy. The grandchild of Baptist preachers, Robbins would become over the course of half a century a poet-interruptus, an air force weatherman, a radio DJ, an art-critic-turned-psychedelic-journeyman, a world-famous novelist, and a counter-culture hero, leading a life as unlikely, magical, and bizarre as those of his quixotic characters.

This charming autobiography will move you to tears. Tom speaks in a genuine voice of a person who lived a long and colourful life, but still managed to keep his sense of wonder. Everybody could use some wisdom, warmth and weirdness and this book offers it in abundance. 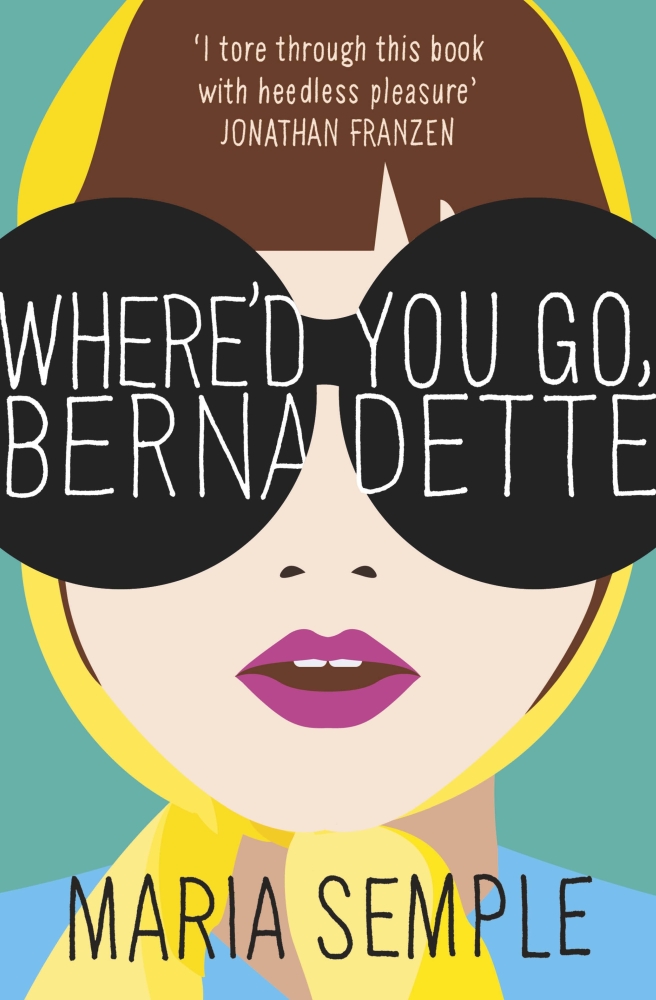 When her daughter Bee claims a family trip to Antarctica as a reward for perfect grades, Bernadette, a fiercely intelligent shut-in, throws herself into preparations for the trip. But worn down by years of trying to live the Seattle life she never wanted, Ms. Fox is on the brink of a meltdown. And after a school fundraiser goes disastrously awry at her hands, she disappears, leaving her family to pick up the pieces.
Which is exactly what Bee does, weaving together an elaborate web of emails, invoices, and school memos that reveals a secret past Bernadette has been hiding for decades. “Where’d You Go Bernadette” is an ingenious and unabashedly entertaining novel about a family coming to terms with who they are and the power of a daughter’s love for her mother.

This book is so quirky that it is hard to put into words – you just HAVE to read it! Let me quote Jonathan Franzen, the author of Freedom: “I tore through this book with heedless pleasure.”

5. The Queen of the Tearling series by Erika Johansen

Magic, adventure, mystery, and romance combine in this epic debut in which a young princess must reclaim her dead mother’s throne, learn to be a ruler—and defeat the Red Queen, a powerful and malevolent sorceress determined to destroy her.

This might look (and sound) like just one of the usual YA series about a plain princess, who is not as plain as she thinks, claiming a throne in an imagined magical kingdom sometime in the past, falling in love with a nice looking boy (or two, just to get that love triangle out of the way), trying to learn how to govern in a time of crises… But the author avoids such tropes easily.

It’s a thoughtful debut series by an author who has a lot to explore and a lot to say. She casually builds a mature dystopian world where subjects like politics, bravery, religion, and utopia are being explored. Also, it has a really cool twist in the end.

5 thoughts on “Autumn Reading List – For Those Perfect Rainy Days”