I’m not a generally thrill seeking person unless it comes to all things that go bump in the night. 2 AM is my favorite time of night, I still haven’t finished the Friday the 13th franchise although I always try every time a unique opportunity presents itself and I am the only one in the family who’ve managed to sit through the entire first SAW film when I was in primary school (I’ll put it on my CV).

So, with that charming introduction out of the way, I’ve decided to take you through my own haunted house of fiction’s scariest creations. I’ve listed them in order of Scary to I-need-to-watch-a-round-of-Looney-Toons-before-bed Scary.

Feel free to dim the lights for dramatic effect.

Because easy. They turn into your worst fears.

When it comes to Harry Potter most people’s first choice would most probably be Dolorous Umbridge and I agree, but, I’ve always found the werewolf, Fenrir Greyback, quite frightening.

Death Eater and the culprit behind Lupin’s lycanthropy, I’ve always just pictured Fenrir as this boogeyman that snatches children from their beds at night and turns them into werewolves.

Interesting nugget of information for all of you fantasy lovers out there:

According to Norse legends, Fenrir is the son of Loki and is seen as a giant wolf associated with the end of the world. To combat his great strength, the gods asked dwarves to forge a magic chain made of the footsteps of a cat, the spittle of a bird, the beard of a woman, roots of a mountain, the breath of fish and sinews of a bear.

Whatever country decided to invade Australia in the Tomorrow series

Just picture it… You’re out on a camping trip with your friends, laughing, flirting, all happy days until you all return to find your entire town had been invaded by another country. Your parents are gone, pets have died and it’s so, so quiet.

The Tomorrow series tells the story of a group of teenagers who decides to take action against the mystery country that invaded their town. Modern warfare is the stuff of nightmares but it sure makes for good reading material.

If you’re in the market for a thrilling YA series, you can read all about John Marsden’s Tomorrow Series here.

They say We need to talk about Kevin but I’d rather think someone needs to talk to Kevin and get him to see the light. I came across this novel while doing research and it’s definitely going onto my TBR list.

I don’t know exactly what’s up with this Kevin lad but apparently, we’re dealing with a young boy who killed seven of his fellow students shortly before he turned sixteen and I think a crossbow is also involved…

Movie covers on books are a pet peeve of many a bookworm and let me tell you, falling asleep with Jack Nicholson’s crazed face looking up from the cover of The Shining isn’t the best idea.

Good old Jacky just couldn’t wait until I was fast asleep to scare me into a new blood type, having me think he was hovering over me while I had my eyes wide open. Let’s just say it was The Shining turned The Screaming in my household when I finished reading the book.

This here is a very accurate depiction of what I looked like when I woke up from my nightmare. 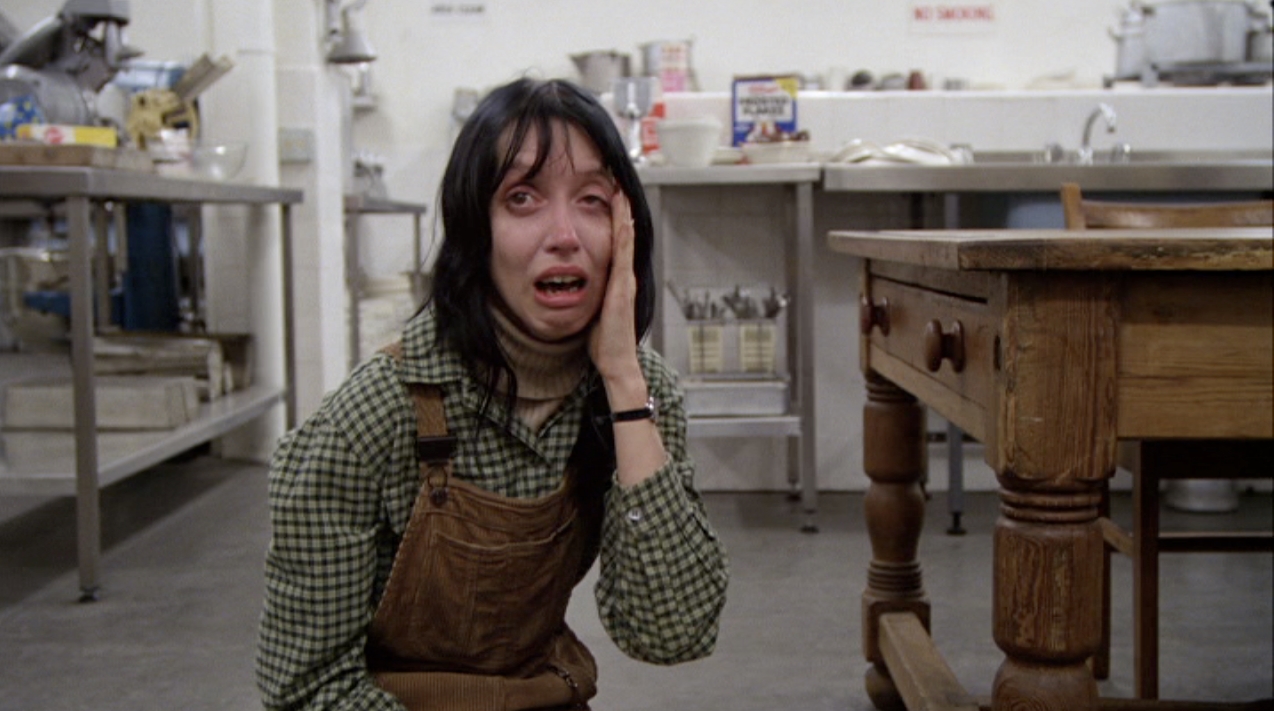 The boy in the film with his mumbling finger and the near eyebrow-less twins aren’t far off this list either.

If you haven’t read the book yet, do yourself a favor and do so. I promise you’ll finish reading before the near 3-hour film ends.

Martina Cole is known as the lady who ‘tells it like it is’ and she is responsible for creating some of the cruelest and most ruthless mobsters in Britain’s gangland underworld of fiction. In my estimation, few of those villains can hold a candle to Benjamin Ryan.

Benjamin Ryan is the nephew of Mob Queen, Maura Ryan, and responsible for disposing of their enemies in the most… creative of ways. For instance, he uses superglue to glue his victims’ eyes shut and once kept the head of one of his victims in a hat box. I won’t call for a spoiler warning because it gets worse, trust me.

If you are a fan of reading mob crime novels, I highly recommend you read Dangerous Lady and Maura’s Game by Martina Cole.

Just when I thought they couldn’t come any worse than Joffrey or any of the names on Arya’s revenge list, Ramsey Snow enters the scene. Master of Reek which rhymes with Sneak and Weak and poor-old-Theon-paid-a-nasty-price-for-his-betrayal-eek.

We only come to meet the wicked bastard of the North at a later stage in the books and I don’t know which was worse, my imagination or seeing the torture of Theon Greyjoy happen on television…

Ah, have I got to tell you about Slappy. Everyone has that thing that scares them more than anything else; clowns, spiders, black hair in shower drains. For me, it’s dolls and dummies that come to life. So, naturally, when I discovered R.L. Stine’s Slappy the Dummy series, I just had to read each one of them.

This series tells the story of a ventriloquist’s dummy, Slappy, that comes alive at night and wreaks havoc in children’s homes and then pins the blame on them.

For some off reason, I once owned a picture book version of one of the stories that looked something like this…

Yeah, needless to say, I ‘misplaced’ the book and it never saw the light of day on my bookshelf again.

If you’d like to channel your inner child, throw a cover over your head, switch on a torch and read R.L. Stine’s Slappy the Dummy series.

Out of all of Stephen King’s creations, IT takes the cake (and probably fills it with snakes and sends children running for their lives). Ol’ Pennywise the clown leaves us all… wait for it… pound foolish for not having lost enough weight to run away fast enough.

All right, before I scare you with my poor sense of humor, I’d like to confess that I am yet to finish the thousand page monstrosity but I’m getting there (she says, tugging at her collar).

Before we go, I have one burning question: Do you prefer the old clown or the new one?

And that concludes our tour. I hope you enjoyed the read and do feel free to share some of your favorite creepy characters. I’m always looking for great horror book suggestions.

I read. I write. I care. I believe breakfast foods are best consumed at night and the only thing I deem important enough to interrupt my reading or writing is an exciting WWE match. 💜 View all posts by Jeandri Nel

3 thoughts on “The bad, the ugly and the creepy – 9 of Fiction’s scariest characters”